How Much Do Police Officers Make?

If you are thinking about a law enforcement career an important question in your mind is likely, “How much do police officers make?”

One of the best things about deciding on a career as a police officer is that it is a job that will not disappear, and it is logical to factor in job stability any time you are considering a line of work you want to be in.

Even when the country is experiencing hard economic times, police officers are still considered, ultimately, indispensable; so necessary in every way.

It could be detrimental to a city’s well being to cut back the force. A city cannot logically set out to save money by cutting their police force. Not having ample coverage throughout a city can bring more problems that can be tremendously costly, not to mention that traffic officers bring in a great deal of the revenue for the city’s expenses through the citations that generate income.

This is well recognized, so a police offer’s job is certainly one of the more stable ones in our world today.

Will A Police Officer’s Salary Vary With Circumstances?

It seems reasonable to believe that your police officer salary will vary greatly depending on the part of the country you are in, perhaps the state, and especially the specific city. 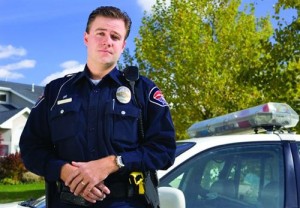 We often hear about a particular city having an exceptionally high crime rate, and it makes sense that a police officer would make a great deal more there than an officer in a smaller, or rural area.

Since it is normal for riskier jobs to pay higher salaries, it should especially be true for jobs that can be as dangerous as those in law enforcement.

Although you may be ready to serve your particular city because of your loyalty to it, you surely want ample compensation for your environment. You would think that a police officer’s salary would sufficiently include cost of living considerations.

A law enforcement agent living in, for instance, Little Rock Arkansas, and one working in New York City should have significant differences in pay due to the variance of housing costs. Although there is never one hundred percent consistency, you will find that to be the case.

You may feel differently if you try to put a dollar amount on the danger factor. That is a subject that depends on your personal feelings and one that would be very tough to measure.

How Much Does A Police Officer Make?

If you live in a city like Fort Wayne Indiana, you might be averaging $35,000 right now, but if you were in Los Angeles and in reasonably similar stages of your career, you would probably be making closer to $42,000. 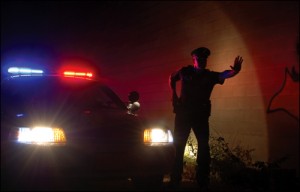 With similar seniority, in New York City you may be getting around $50,000 for the same time spent working. Although those figures can certainly draw various opinions, it does seem that police officers are generally getting paid better in cities that have a higher cost of living and tend to be more dangerous.

The problem with trying to make a definitive statement about getting proper compensation for danger on the job is that the degree of likelihood of threat is harder to put into solid statistics than the local cost of living.

Overall, in a quick glance at the salary of police officers in different cities, you can certainly feel safe in saying that they are compensated fairly for the cost of living differences. The idea of being compensated according to danger is more subjective and therefore it can be harder to come up with a good answer. Earning a masters in criminal justice will usually allow you to meet the educational requirements and provide you with knowledge of the law, criminal justice system, criminal behavior, and more, which will benefit you in this career. It will also allow for a higher salary along with the potential to move up in the chain of command.

You certainly do need to respect your personal feelings to know if you will be happy with a police officer’s salary, and if you believe that you will truly love the job, you probably already have your answer.