How Much Do Dental Hygienists Make?

Over the last few decades dental hygienists have continued to gain respect and appreciation as the awareness of good oral health has heightened.

It is now known that oral health and your general physical health cannot be separated, which is why good insurance companies often pay for the regular visits to hygienists. It is also why the career of a dental hygienist is one that is earning a respectable salary, as they are providing more than clean, sparkling white teeth for our society.

Dental hygienists specialize in oral care and that includes a host of preventative care. Seeing a hygienist for regular cleaning is known to be a sensible choice, as, among other things, it can reduce the chance of gum disease.

Gum disease is a very serious situation, and is a top contributor in tooth losses. The work of dental hygienists has enabled a countless number of people to keep their original teeth for years beyond what used to be considered normal, and may also be contributing to a decline in the use of dentures. 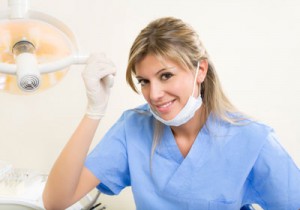 Some dentists believe that the work of dental hygienists, and modern technologies available today, may one day make the use of full dentures a rare situation. With the role they are playing in changing the scene of dentistry, it is no wonder that they are being paid well.

You may be asking, “How much does a dental hygienist make?”

The perks of the career should be considered when weighing out if the compensation feels right for you. Usually dental offices today house several dentists, which means that there are plenty patients coming through on a daily basis.

That means that ample hours are available for a dental hygienist who wishes to work full time. Because multiple hygienists are generally employed by a dental practice, flexible hours have become a known perk for dental hygienists. 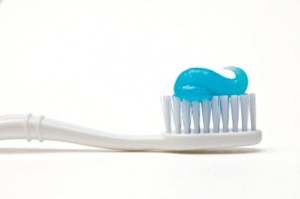 Being able to choose the hours that you want and being able to get days off when you need them is a fantastic benefit; one that many people wish they had.

Most dental hygienists find their jobs to be greatly fulfilling, which, like flexible schedules, is a perk to which it is difficult to assign a value, but it is certainly one almost everybody desires. They have the satisfaction of knowing that they are performing a truly needed service and are involved in keeping people healthy.

When young children start coming to them, they are sometimes able to watch their progression into teenage years and on to adulthood. Lasting interactions like that brings many hygienists an extra sense of purpose. Many young children love the attention showered on them by their regular visits to their hygienists, and the adoration is returned.

How Much Do Dental Hygienists Make?

There is a surprising array of other employment opportunities in the field of dental hygienist that are beyond the scope of a standard dental facility, which can also call upon them to have a bachelor’s degree, such as for teaching, research, and working in other physicians’ offices. 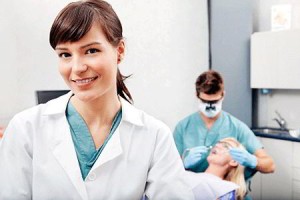 As the job and the education needed varies, so can the pay.

According to the Bureau of Labor Statistics, in the 5 states that employ the most dental hygienists, the average annual mean wage for them runs from about $60,000 in Michigan to $90,000 in Washington.

This figure encompasses the wages of all types of dental hygienists, so it is not necessarily what you should expect right away, but it certainly gives you some numbers on which you can set your sights.

Dental hygienists are performing a needed and admirable service, and the money they are capable of earning, sometimes with only a couple years of schooling, is reflecting that they are respected and valued in our society.