How Much Do Airline Pilots Make?

An airline pilot is certainly a respected position, as it should be.  The larger part of the population is in awe of the huge responsibility that they are willing to take on their shoulders!

What a broad gap between somebody who may have a fear of flying and one stepping up to fly a huge aircraft full of passengers depending on their pilot. It does create awe, for a certainty, and few would argue against them getting paid very well for their bravery.

The career of an airline pilot stands out in a unique way that is interesting to examine.  It is one of the highest possible incomes for a job that does not always require a degree.  This actually makes great sense, because what are important issues when it comes to flying a plane are practice and physical experience, more than education by books.

A pilot’s focus is on experience with planes and understanding them, inside and out. The only way that knowledge can be fully gained is through hours and hours of hands on training, observation, and becoming immersed in the field through religiously applying all that they learn through physical contact with an airplane.

Even when one does obtain a degree, or has gone to a specific school for pilot education, the emphasis for qualification still lies with the hands-on experience.  You cannot be a licensed pilot; no matter how educated you are, without putting in the flying hours that has been deemed sufficient experience. 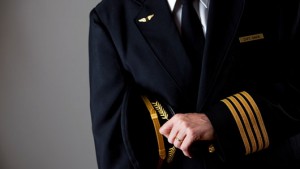 Although it does require that the pilot be knowledgeable about the aircraft, flying a plane is a developed skill, and one that deserves our honor and respect.  Physical and mental health also plays a part in becoming licensed.

How much does an airline pilot make?  An airline pilot salary faces all of the normal variables of any other job.  It often depends on the years of experience, time spent with the same company, and which company the pilot is working for.

A newly licensed pilot is not going to make the same as a veteran pilot.

One working for very small airlines, or one only servicing limited regions may not pay as well as one making ten-hour trips across the ocean with two or three hundred passengers. The greater responsibility generally means more experience was required and so there is a better salary. 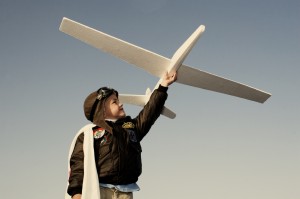 This is not a great representation of what a pilot is capable of making, even after only a short time, but some figures say that a new pilot, at a smaller, regional airline, may begin at around $20,000 for his or her first year, but that is for months averaging about 72 flight hours.

Generally per-diem is added to that, and is not included in the figure.

Major airlines are not going to hire a newly licensed pilot, so those first-year pilots need patience and to be ready to pay the dues by taking lower paying jobs.  One way people have gotten around that is by joining the military and getting all of their experience done there, and paid for too!

If you hear the question asked, “What do airline pilots make?” and you hear answers in the six figures, you are hearing correctly.  Breaking one or two hundred thousand as a yearly salary is common among the experienced pilots of major airlines.

If that is what you want, be patient, and don’t give up.

It is certainly possible for you!